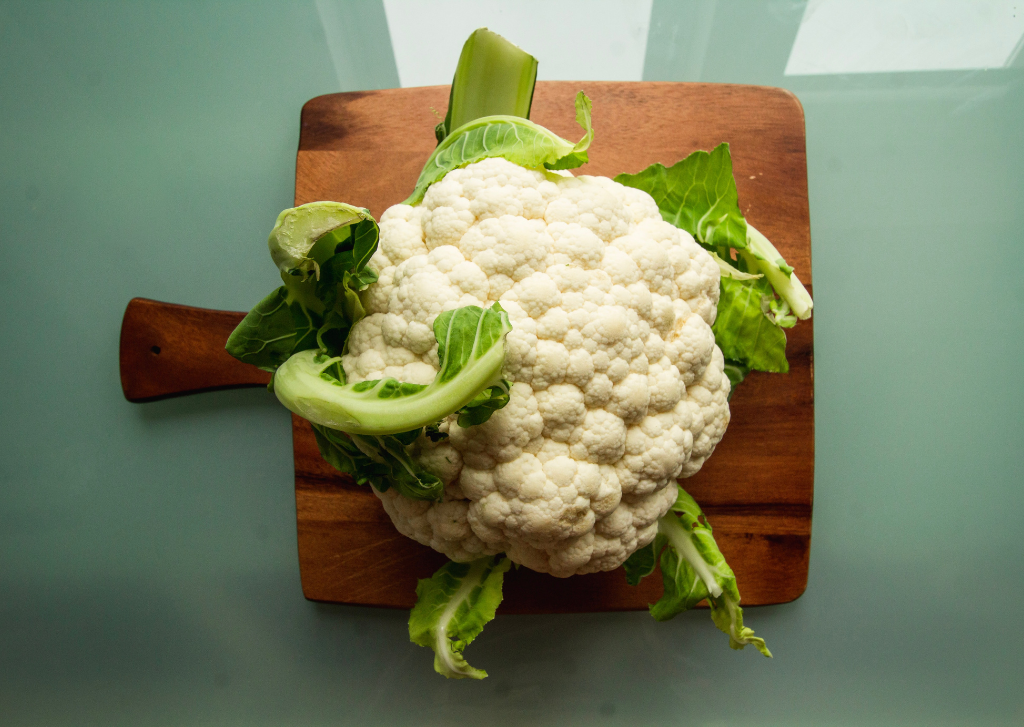 I’m a big fan of vegetables all round, but when I decided to try low-carb cooking I was looking for tasty alternatives that I could substitute for rice when it came to dinner time – Low-carb Cauliflower rice was the answer.

However, cauliflower provides some powerful health benefits too, so even if you’re not looking to go low-carb it’s worth considering swapping the rice for an occasional cauliflower rice instead

It is a great source of nutrients, such as Vitamin C (an antioxidant), choline (needed for DNA and neurotransmitter synthesis amongst other things), folate and Vitamin K among others (1).

It is also high in antioxidants which can protect our body from free radical damage and inflammation, lowering the risk of heart disease (2). One antioxidant in particular, sulforaphane, has been shown in animal studies to protect against some cancers (3).

This is the recipe I use for Cauliflower rice, let me know what you think. 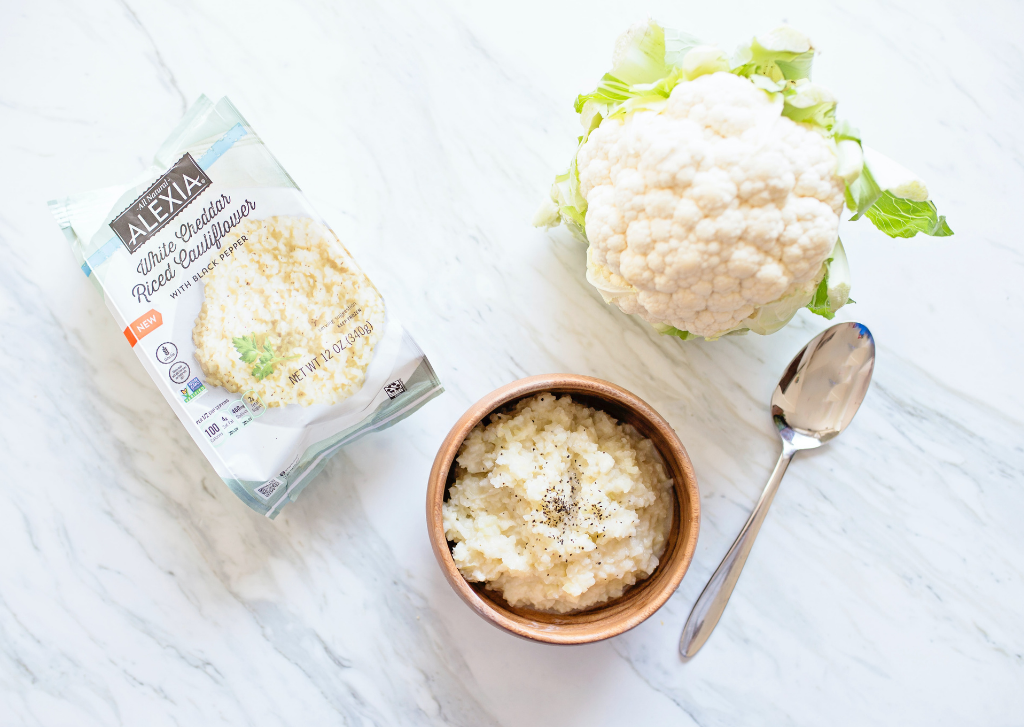 Adding herbs and spices to the rice will give it more flavour. Here are a few suggestions:

Remove the outer leaves from the cauliflower, cut it into quarters and remove most of the thick core, then cut each quarter into two or three chunks. You don’t want to overload the blender, or it will struggle to blitz the cauliflower, instead work with about half the cauliflower at a time. Blend for 30 seconds or so, until the cauliflower resembles fine rice, or couscous.

The ‘rice’ can either be stir-fried or roasted. Season the cauliflower with a little sea salt.

To roast, toss the rice in a little olive oil and your seasonings of choice. Heat the oven to 200 deg C and roast the ‘rice’ for 12 minutes, turning it over half way through.

To stir-fry add the ‘rice’ and a tablespoon of olive or coconut oil and any seasonings to the pan and toss over a high heat until heated through.

Note: Left over ‘rice’ can be frozen. I freeze it in one-portion sizes and add it straight to a hot pan, breaking it up with a spoon.

← 5 easy ways to show your digestive system some love! Tips and Tricks to get more Vegetables into your Diet → 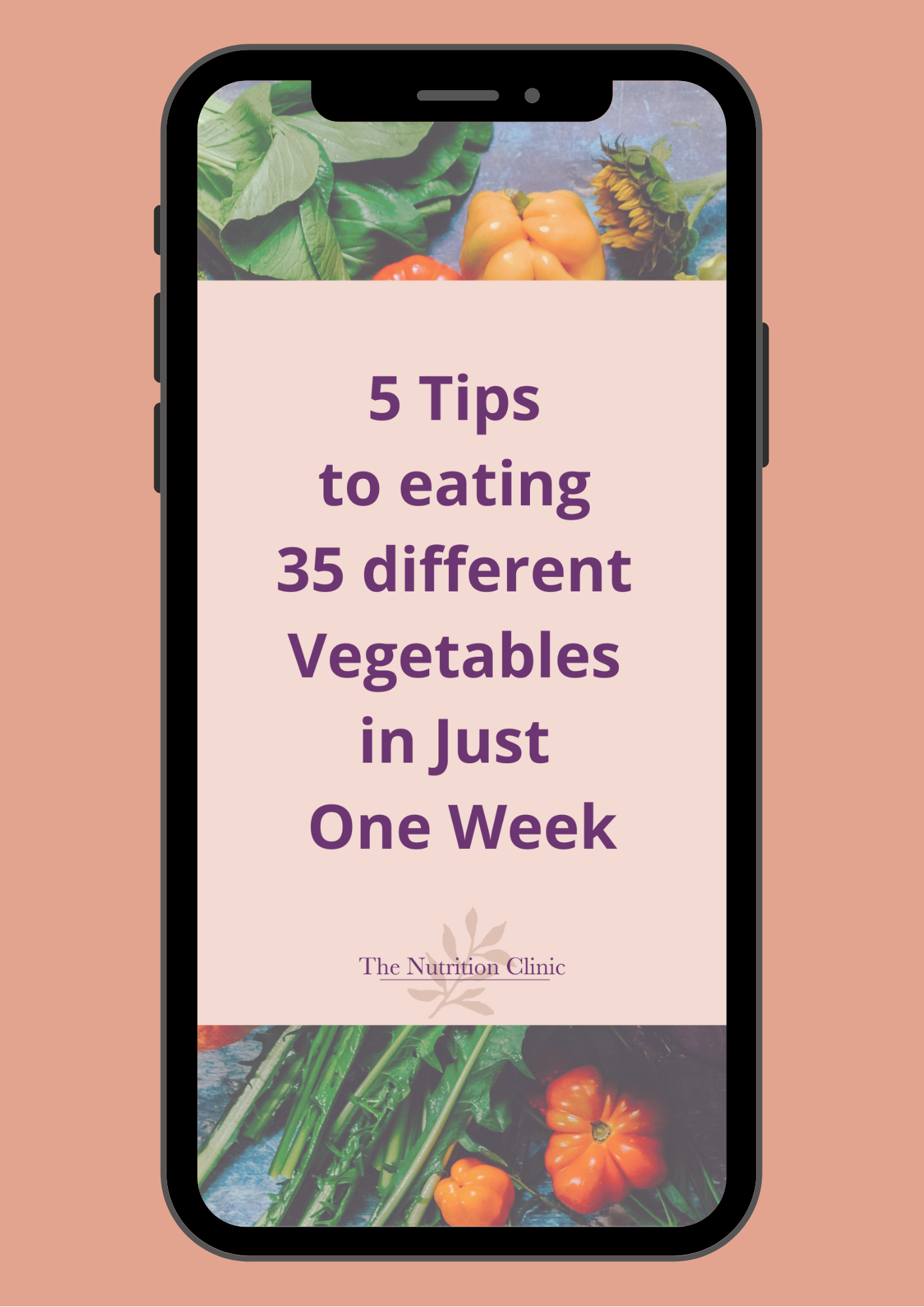 Download your guide to getting 35 different Vegetables in One week

Improve your gut health and Immunity with this guie to packing in more diversty and all-round goodness  with some inspiration and checklist to make it fun!